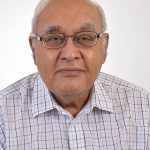 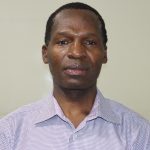 Treasurer and Board Member

A banker by profession with extensive experience in commercial and central banking. He is a certified public accountant and a member of the Institute of Certified Public Accountants of Kenya (ICPAK). He holds a Bachelor of Education (Arts) degree and a Masters in Business Administration specializing in finance. Currently a Board of Management (BOM)Member and chair of the finance committee of Chuka High School. Past Treasurer of Chuka Welfare Association. He champions the interests of people living with epilepsy as he has a close family member who suffers from epilepsy. He is also a member of the KAWE board of directors. 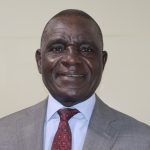 Secretary and Board Member​

An advocate of the High Court of Kenya with more than 20 years of active practice. Mr. Mwaniki is a founding partner at M/S Kinyua Mwaniki & Wainaina Advocates, a legal firm based in Nairobi engaged in Conveyancing and Commercial law practice. He is a Fellow of the Chartered Institute of Arbitrators (FCIArb), a Certified Mediator(CM) and a member of the Institute of Certified Secretaries (ICS).

Mr. Mwaniki has been a member of KAWE Board for more than 10 years. He joined the board at a time when he was managing a close family member living with epilepsy. He has keen interest in creating awareness on epilepsy in order to eradicate ignorance and stigma to enable persons living with epilepsy lead a fulfilled and quality life. 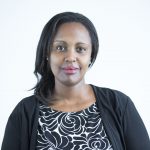 Diana joined KAWE in 2009 at a time that KAWE was going through organizational and donor space changes. Epilepsy was then shied upon and KAWE was having to place a strong foot forward to have its voice heard.

She has over 17 years in finance, donor relations, strategy and organization transformation. She along with staff members and the board gave KAWE a facelift by coming up with modalities to institutionalize the organization to become what it is today. The staff and organizational overhaul has seen KAWE today place itself in global and local health practices.

KAWE needed a fresh approach in finance and strategy and her presence in KAWE not only brought in a female touch to the organization but has also enabled change in donor efforts, organizational development and expansion.

A firm believer in the effectiveness of ICT and new media, Diana has been able to tap into resources such as KAWE’s participation in The Epilepsy Foundation Pipeline Conference Shark Tank competition and was in the team that initiated M-Kifafa which is now Fafanuka, a better linking between KAWE and its various stake holders in the health fraternity.

“Social platforms are especially crucial in this technology era. By creatively packaging our message, KAWE can reach self reliance, thereby reducing over reliance on donors.” She notes and adds, “Our method can also act as a benchmark for other projects that share the KAWE mandate.”

Diana points out that the biggest challenge that faces epilepsy is not lack of education. If people can be encouraged to change their lifestyle and learn to take courage as they live with the condition, epilepsy management will have taken a big step in the right direction.